Well, I missed the civic and military parade today.

As I turned on to the Ancha, I could see in the distance the bright green uniforms of the municipal sanitation crew, standing politely — and at a distance — behind the last of the horseback riders.

The horses always take up the rear of any San Miguel de Allende parade. And for good reason.

This parade celebrates the 1769 birth of Ignacio Allende — the city’s namesake and among the heroes who launched the War of Independence in 1810 that eventually drove Spain from the country. 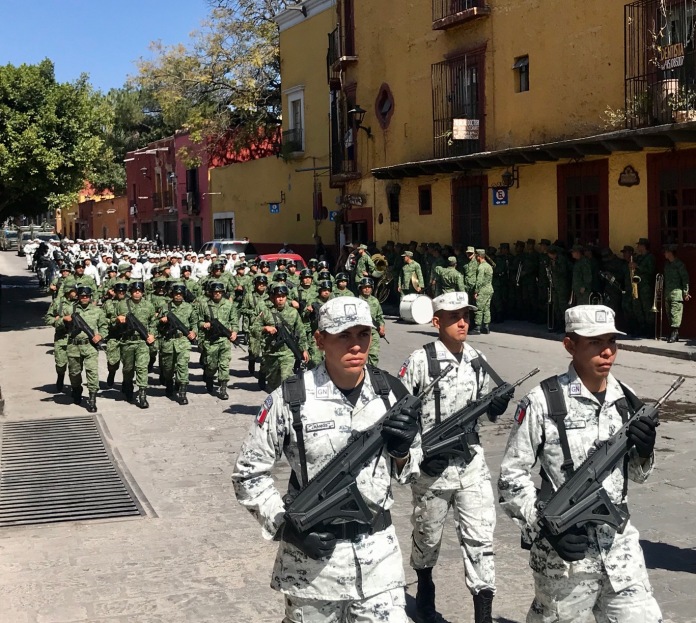 To his credit, Allende had also fought against Texas adventurers who tried to steal more of Mexico than the United States had already claimed.

Happily, what goes up the hill to the Jardin Principal, must come down.

Not long after the end of the parade disappeared up Zacateros toward the Jardin, contingents from the  16th Military Unit, among others, were making their way back down the parade route.

So you get to see segments of the parade in reverse.

The soldiers were still marching in crisp cadences and their band was playing in that unique key that all military bands here seem to revel in.

All in all, pretty stirring for having missed the parade.

Enjoy the photos and videos. 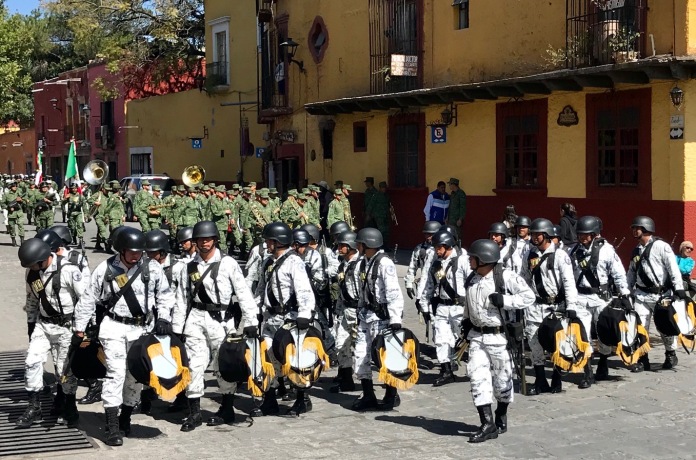 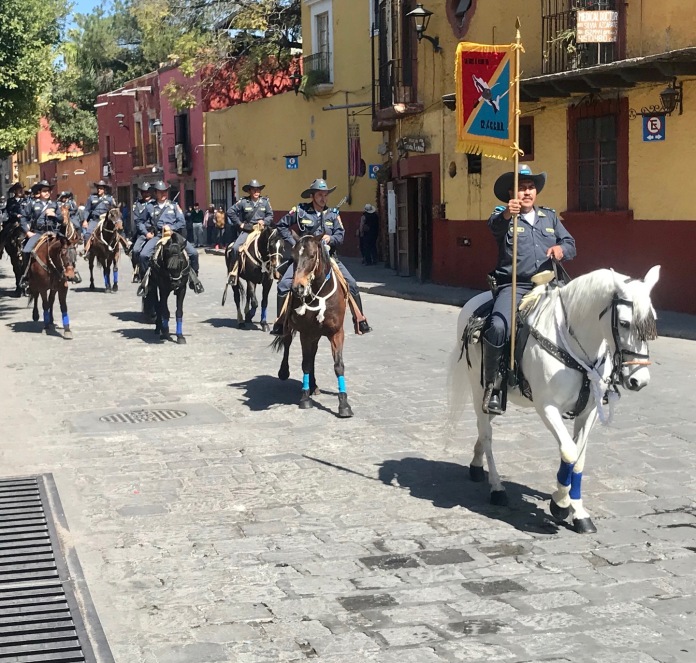 Behind every good parade …

2 thoughts on “Miss the parade? Well, just hang around for a while …”