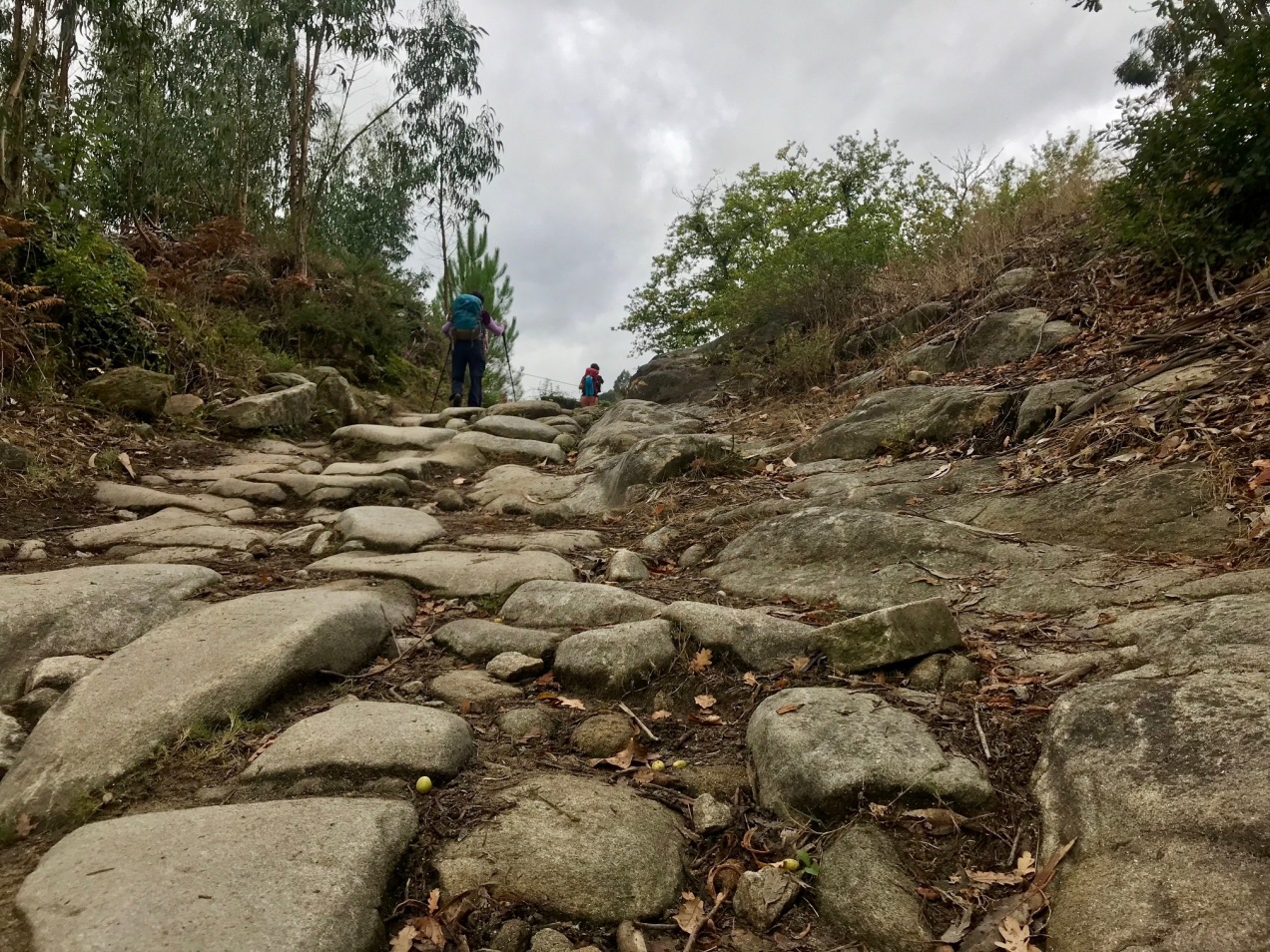 We finished the Camino walk between Porto, Portugal, and Santiago de Compostela in Spain a week ago but in my dreams, I am still walking — but through more surreal landscapes with an unlikely set of companions, and I am involved in adventures more fit for action movies than a pilgrimage.

I can not explain my dreams.

Perhaps they will continue like this until I understand fully why we undertook this 13-day, 150-plus-mile walk through Portugal and Spain to an ostentatious Christian cathedral built and sustained by a religion in which I no longer fully believe.

But people have been taking these pilgrimages for 10 centuries. Clearly, the world knows something that I don’t.

If the challenge was to test my physical and mental endurance, the Camino did both, day after day. If the idea was to rethink my life, explore the makeup of my character, then it worked. If the goal was to reopen senses grown dormant from age, a repetitive life, and urban living, well, they are crackling.

Regardless, I am compelled to write about our journey until it is done with me and I am done with it. (Little did I know, the Camino will remain with you for a lifetime.)

Our journey began in mid-September, 2019, in Porto and ended there in early October. We chose a hybrid trail, starting on the waterfront in Porto and turning inland at Vila do Conde. From there Barcelinhos, Tamel, Ponte de Lima, Rubiaes, Tui, Mos, Redondela, Pontevedra, Padron, and onward into Santiago de Compostela.

Here’s the whole journey in words and pictures, hopefully each as inspiring and entertaining for you as the original experience was for us:

The Camino is never over, until it is over in your head

Introduction: The batteries in my Kindle and iPhone are dead. The list of in-flight movies sucks. And this is a very long flight — from Madrid to Cancun. Dinner, such as it was, is over. Blessedly. The duty-free trolley has passed by. I gave away my only two New Yorkers to friends in Porto.

The only thing left to do is write.

And the only thing to write about is the Camino walk we just finished between Porto and Santiago de Compostela in Spain. (Read more)

Leaving Porto is so hard … Doing it twice? Really had. 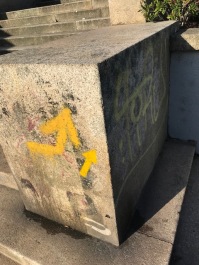 Day 1: Twice on this journey, we have left Porto and twice a voice in my head is saying “Your work is not done here.”

I think it may be the voice of the good people who bottle 10-year-old Tawny Port.

More likely, it is just the soul of this venerable old city’s siren song, calling me back to discover more of its hidden pleasures.

At last, the Camino moves back in time, as we move forward 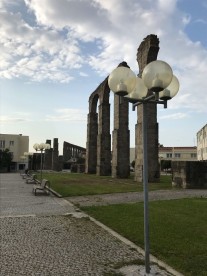 Day 2: Early in our second day of the Camino, we followed the remnants of the Aqueduto de Santa Clara out of Vila do Conde. We had decided from the beginning that at this point we would turn away from the coast and hook up with the Central trail of the Camino.

In the early morning light, the remnants of the aqueduct project a tattered majesty. There is enough still standing for you to grasp what a grand spectacle this must have been in its time.

As a plumbing project, this thing is gonzo. (Read more)

Feeling like hell, ending up in Heaven: Casa Fernanda 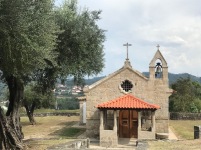 Day 3: According to the Camino guidebook, the next destination is supposed to be Ponte de Lima, about 22 miles from Barcelhinos.

After two grueling days, my first thought was “No way in hell.”

There were plenty of smaller towns between Barcelos and Ponte de Lima.  “Less walking, more enjoying,” was to be our new mantra. (Read more)

Finished walking by noon? I think we’re getting the hang of this Camino thing 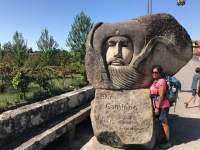 Day 4: I awoke this morning without a trace of a hangover. Talk about small and unexpected miracles on the Camino.

Dinner at Fernanda’s table last night was an incredibly joyous gathering, fueled in no small part by bottomless bottles of wine, generous bottles of Tawney Port, and a clear liquid we named “Death In A Bottle.”

Alpine trails, mountain streams, fresh coffee, and Portela Grande — could there be a better day? 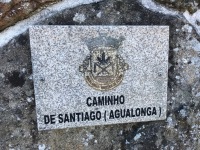 Day 5: There is a different mood in the air this morning as the clank and flap and zip of early risers assembling their backpacks awakened everybody else in the dormitory.

By 6 a.m. the predawn dorm was an undulating shadow-sea of pilgrims rising up, gathering their scattered clothing, running off to the loo, bundling up their backpacks, and strapping on their boots. Occasionally the door would open and the motion-activated light in the hall would stream in, trapping shadows in the glare, momentarily freezing all like it was some big jailbreak.

Tui or not Tui, that is the question 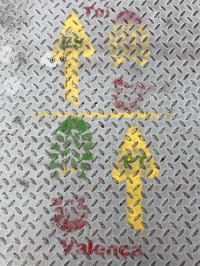 Day 6: Odd. I have almost no recollection of this segment of the Portuguese Camino. Except that it crosses the river Minho into Spain and you must remember to set your watch an hour forward. Or was it backward?

Well, as my Grandmother Agnes Reuter used to say when she was well into her 90s, “Bobby, I have my good days and I have my bad days.”

I guess this was just one of those days. 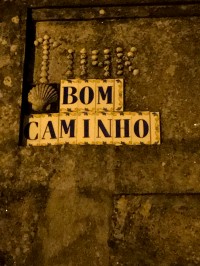 Day 7: Did you ever want to reach back into the past and grab your younger self by the shirt collar and smack yourself up the side of the head for something really stupid that you said?

We were walking from Tui, just across the border in Spain, to O Porriño, about 18.5 kilometers away.

Trying something new: Booking ahead for a place to sleep 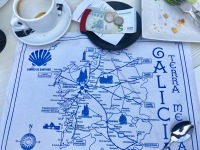 Day 8: After a day walking in the rain, you couldn’t help but admire the optimism that filled the auberge in O Porriño. Wet clothing was hanging everywhere. A carpet of wet shoes was laid out before the one window that offered sunlight after the clouds broke.

Just the same, everyone left the next morning with damp clothing and damp shoes. We all smelled like wet dogs. (Read more)

Sometimes, the best moments on the Camino are not the views but the stories people tell 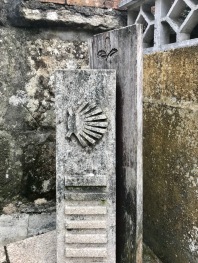 Day 9: Sometimes the best part of your day on the Camino isn’t the glorious autumn weather, or the cathedral-like walk through an ancient forest, or the breathtaking vistas that greet you at the crest of a difficult climb, or the journey back in time as you pass through a Medieval village along narrow cobblestone paths.

No, sometimes it is a simple story told by another pilgrim, as happened when we walked to Pontevedra.

Slow down, walk in mindfulness, and the Camino’s hidden beauty is revealed 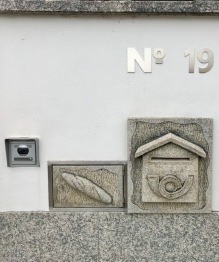 Day 10: We awake to a different Pontevedra this morning. Last night, we walked through gray granite and stone canyons, brightened only by the logos and signage of commerce and colorful storefront pitches for their wares, and the occasional art installation. And graffiti, ambitious graffiti murals in fluorescent colors.

Walking the Camino with Whitman, seeking the poet’s path between reality and the soul

Day 11: Today is the day I found the path between reality and the soul.

To say that the path we walked was simply the most beautiful in all of the Portuguese Camino is difficult. There have been many remarkable sights. None, however, affected me quite like this one.   (Read more) 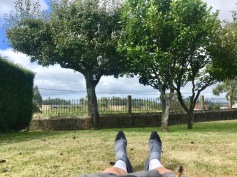 A giddy collision of excesses, Santiago is no haven for reflection — that’s what the Camino was about 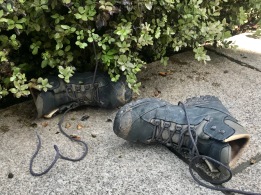 Day 13: We have reached the end of our journey. We have arrived in Santiago de Compostela after walking more than 150 miles over 13 days through Portugal and Spain.

Best way to return to Porto after walking for two weeks? With a bag over your head 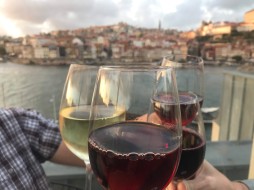 My advice is, whichever way you choose, put a bag over your head. Sensory deprivation will be your friend. Here’s why.  (Read more)

Have a good Camino!