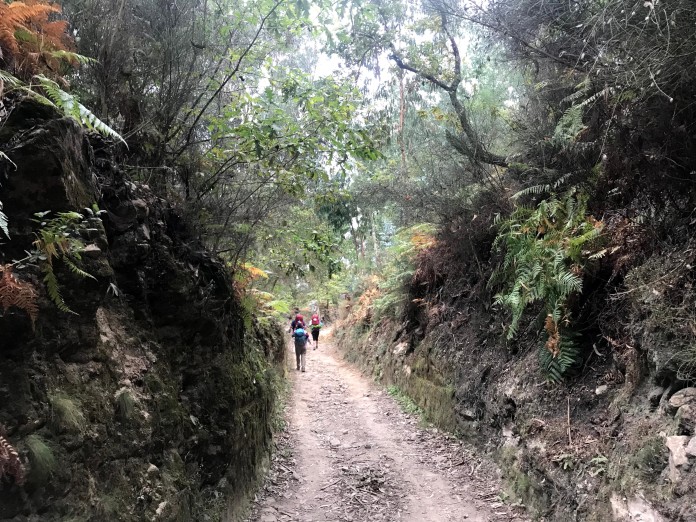 This image was taken somewhere between Rubiaes and Tui, so it must have been a very pleasant walk.

Odd. I have almost no recollection of this segment of the Portuguese Camino. Except that it crosses the river Minho into Spain and you must remember to set your watch an hour forward.

Or was it backward?

Well, as my Grandmother Agnes Reuter used to say when she was well into her 90s, “Bobby, I have my good days and I have my bad days.”

I guess this was just one of those days. 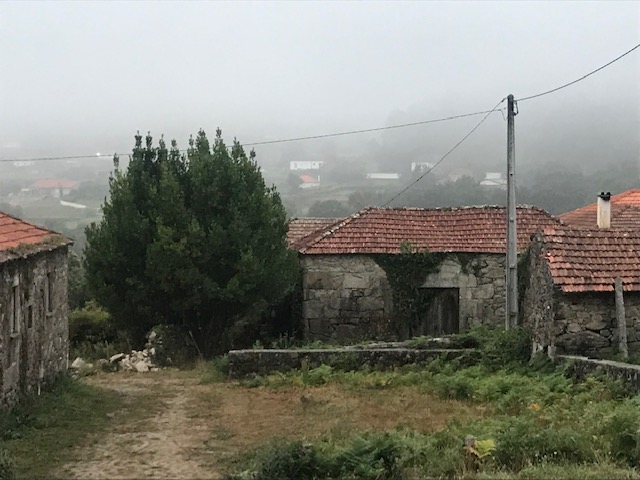 It was a foggy and overcast day, great for walking but limited inspiration for taking pictures.

My first recollection is of the grumpy cafe owner next door to Auberge Escola kicking our stray dog. She never cracked a smile the night before, no matter how much wine and boxes of cookies I bought. Nor did the mother or husband.

And now I learn that she hates stray dogs.

In truth, I only saw her opening up her shop in the morning darkness. Then I heard little Camino let out a sharp yelp. Last I saw, the dog was running in the opposite direction. 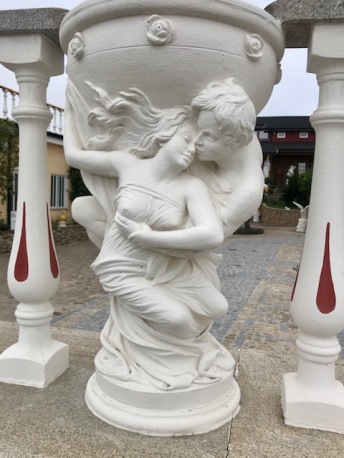 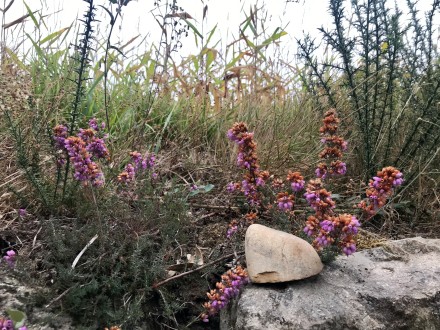 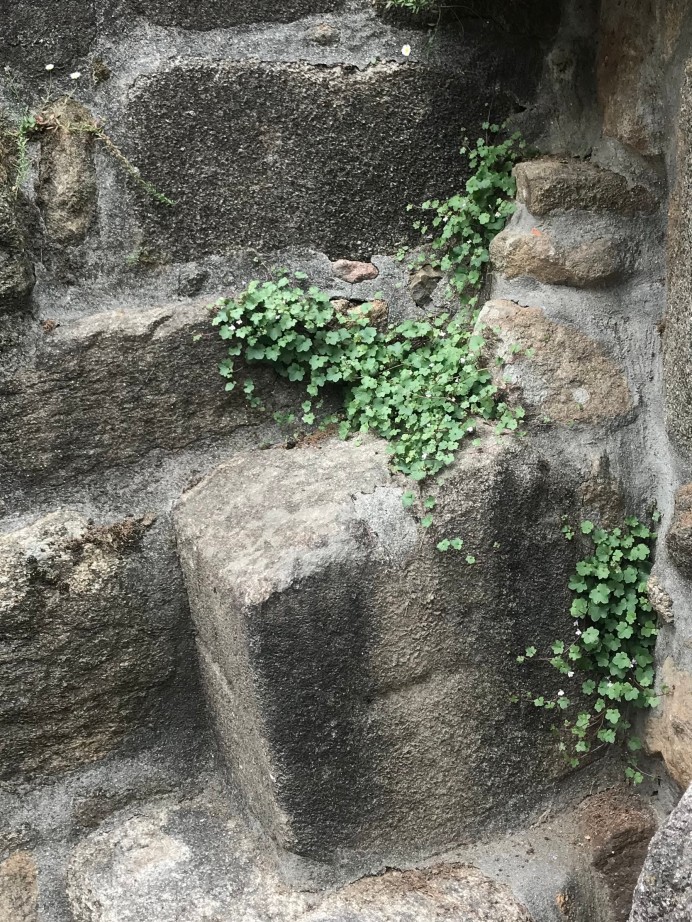 I recall stumbling down an old Roman road in the dark, with plenty of company. (“Old Roman road” is a bit redundant, isn’t it?)

It must have been a pleasant 21 kilometers, but I took very few pictures. Either I was on remote control or getting used to walking along magical forest paths and bucolic country roads. Meh.

Perhaps it was time to say goodbye to Portugal.

Next thing you know, we’re on the scruffy outskirts of Valença, the last stop in Portugal.

I recall standing there, in front of the “Entering Valença” sign, and asking myself, “How on earth do I make that cedilla on my keyboard?”

Inside the fortress city (and Medieval Theme Park) of Valença:

The Camino trail took us on a detour through the high-walled Fortezela at the city’s highest point. It is a foreboding looking structure and in its day must have given merchants and farmers peace of mind as they sold their wares inside.

They’re still selling their wares inside.

The old city is a crush of tourists these days. They were being dropped off by the busloads as we entered. Inside it feels as if Walt Disney had been consulted on the Medieval restoration of it all. So neat, so clean, so perfectly imagined. So many tourists.

Nice. But not for us.

Crossing into Spain over the river Minho. Look, America! No wall!: 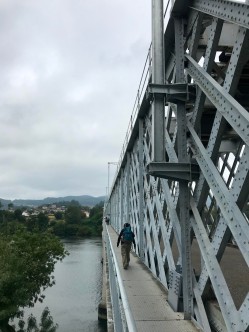 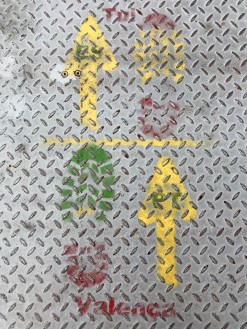 We decided to throw our lot with Tui, across the river.

First impressions of Tui: older, calmer, more lived-in than occupied. So many beautiful old derelict homes begging to be restored.

First hard lesson in Spain: If you want a meal between 3 at 7 p.m., you are flat out of luck. Coffee, maybe a beer, but a full meal? Try McDonald’s, if you can find it.

First things first, though. We needed a place to stay. And that proved remarkably easy.

The fairly new Convento Del Camino in Tui, a charming place to stay, operated by the gracious Jorge and Ainoa:

As we walked along Calle Antero Rubin, we spotted a small elegant sign on the front of a 13th-century convent: Convento del Camino Historic Hostel. That it hadn’t been listed in any of the guides or literature gave us pause.

Barely opened, it turns out. Less than a year, which explains the low profile.

Rambling around Tui, a Medieval work of art and restoration in progress:

Jorge’s grandfather had restored the convent decades ago for uses which I never quite grasped. I suspect it has been used as a family compound.  Jorge and his girlfriend, Ainoa, opened the property up as a Camino hostel in 2018.

And it is just beautiful, modern yet infused with centuries-old character.

A nice, dark-wood dorm with bunk beds and plenty of storage. Modern bathrooms and laundry facilities. A charming courtyard is laid out cafe-style, with scattered tables and chairs and inside is a living room with overstuffed couches and chairs, facing a large fireplace.

The one feature that we saw nowhere else: a tiled trough in the courtyard for soaking your feet. And believe me, it was being used.

It was the sort of place where you could spend days just sitting in the courtyard with a good book, then retiring to the living room in the evening for wine, bread, meat, and cheese.

Which is just what we did, after a long search for an open restaurant that yielded only a nice little crepe cafe. And we were so grateful for the crepes!

I’ve added Tui to the list of places we passed through all too quickly. It deserves a couple of good days of exploration.

One thought on “Tui or not Tui, that is the question”