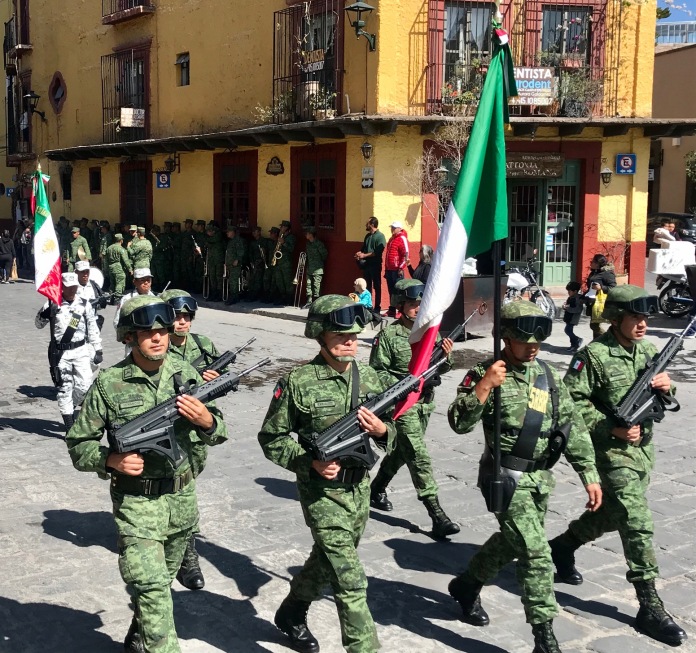 Well, I missed the civic and military parade today.

As I turned on to the Ancha, I could see in the distance the bright green uniforms of the municipal sanitation crew, standing politely — and at a distance — behind the last of the horseback riders.

The horses always take up the rear of any San Miguel de Allende parade. And for good reason.

This parade celebrates the 1769 birth of Ignacio Allende — the city’s namesake and among the heroes who launched the War of Independence in 1810 that eventually drove Spain from the country. END_OF_DOCUMENT_TOKEN_TO_BE_REPLACED