Contrary to first impressions, not all holiday movies this year are about:

END_OF_DOCUMENT_TOKEN_TO_BE_REPLACED

Yes, this may look like something you thought you saw in a Harry Potter movie but author J.K. Rowling says, “No way.” It is the interior of the Lello & Irmão bookstore in Porto, Portugal, which has its own Harry Potter Room in which Rowling neither wrote nor slept while creating the popular series.

I swear, for example, that she got the original idea while living in a flat just above mine in a funky old apartment building in Point Loma, a once-funky waterfront corner of San Diego, California. END_OF_DOCUMENT_TOKEN_TO_BE_REPLACED

Did you ever have one of those days when you wake up and a word or phrase is jammed into your brain sideways like a rusty shard of steel and you just can’t get it out?

Happened to me today. The phrase was “Dark Pastry.”

Now a normal person would have thought, “Yes! Substitute dark chocolate in all recipe instances in which chocolate is required.”

I thought, “that would be a great name for a baking/horror/reality TV show.” END_OF_DOCUMENT_TOKEN_TO_BE_REPLACED

Pulitzer Podcast:  Last week, the radio program/podcast “This American Life” won a Pulitzer Prize. It is the first-ever awarded to a radio program. The honored program, called “The Out Crowd” is steeped on original reporting, boots on the ground, at the U.S. Mexican border. It first aired in November 2019 and is rebroadcast now with critical updates.

Most dispiriting update of all — the atrocities first reported here are largely going on unchanged and unchecked. END_OF_DOCUMENT_TOKEN_TO_BE_REPLACED 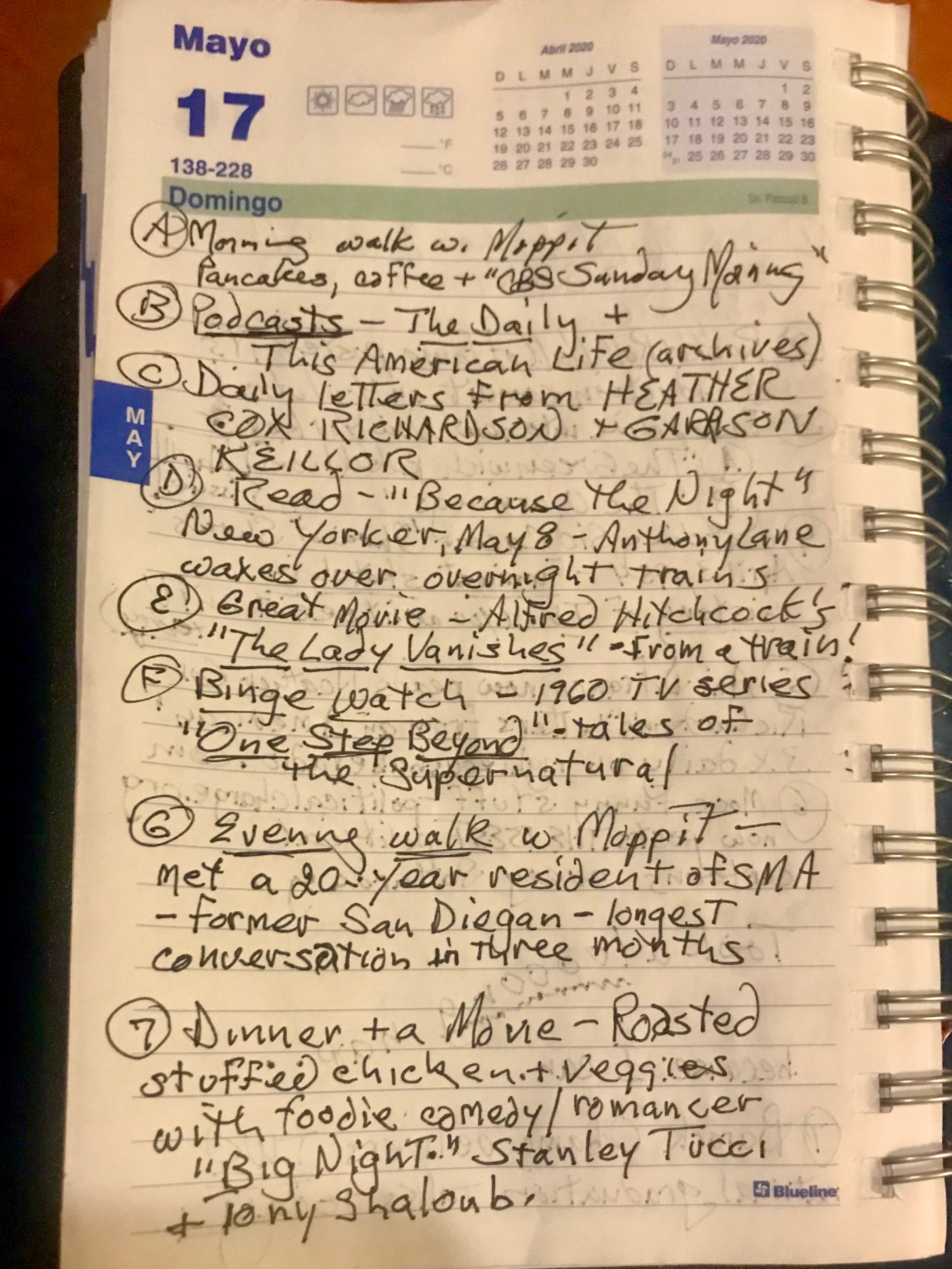 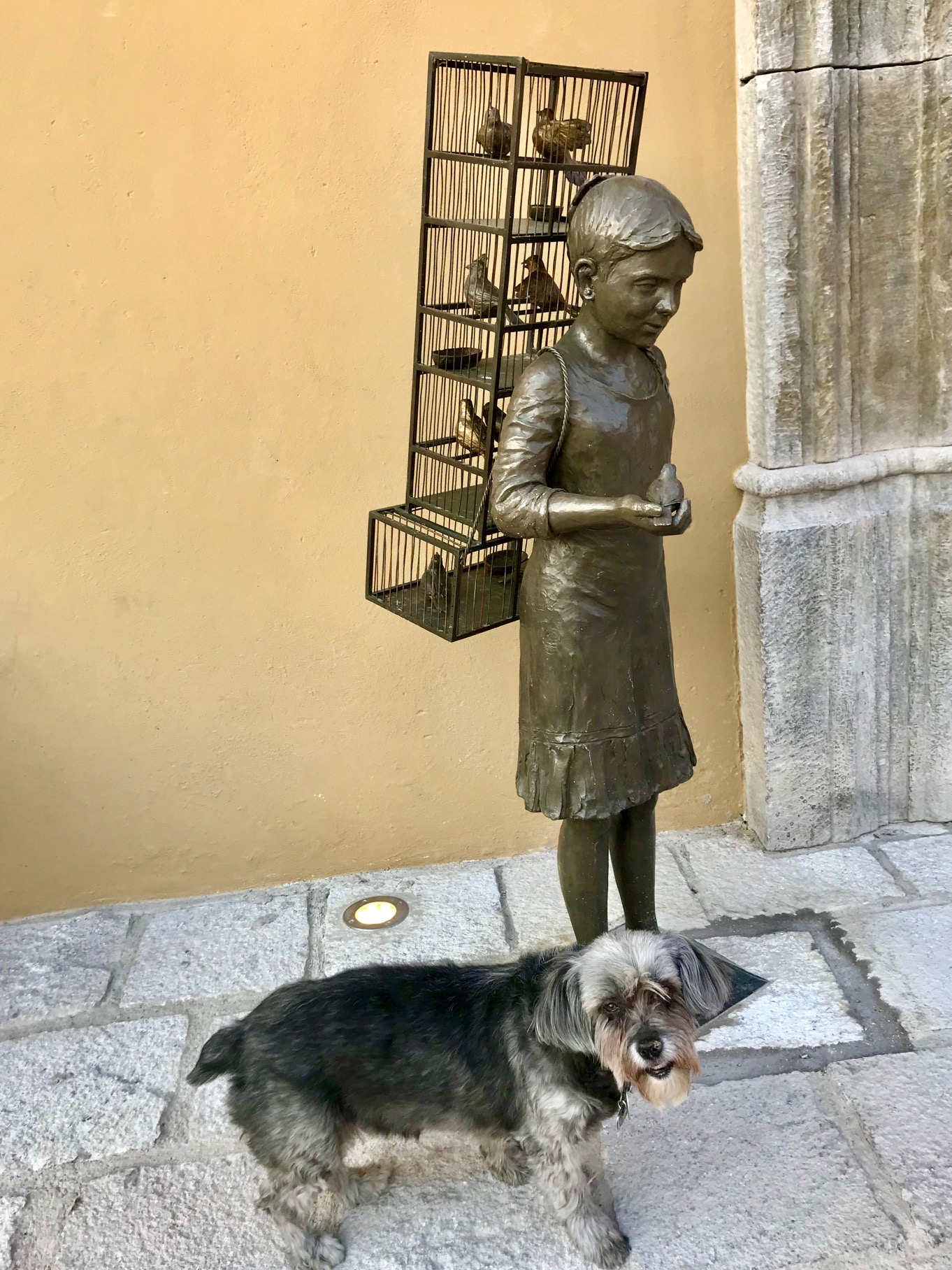 Moppit has an opinion on a new statue erected in front of the new El Golpe de Vista, about a block off of the southwestern corner of Parque Juarez

Rose is off on her Sunday morning run (4.2 miles) so it is left for Moppit and me to walk the cobblestones streets of San Miguel. At 7 a.m. we feel like the only two creatures in the city.

Good time to catch up on podcasts.

The NYT Daily “A Bit of Relief: Reruns and Rituals”— NYT TV critic and California Food Writer talks about how they are filling their time during the self-isolation. Spoiler alert: Watching a lot of TV. END_OF_DOCUMENT_TOKEN_TO_BE_REPLACED

#1 DREAMS COME TRUE:  Buonforno’s coffee & pastry shop is one of our favorite places in San Miguel de Allende. Easily the best coffee and croissants you’ll find anywhere in town. And the breads! Exceptional. But the owners and staff are what put this shop over the top. It was understandable but sad when they closed.

This morning when I woke up, there on the stool beside my bed was a plate with a Buonforno almond croissant, a pistachio cinnamon bun, and a cup of their coffee.

How could this be? END_OF_DOCUMENT_TOKEN_TO_BE_REPLACED 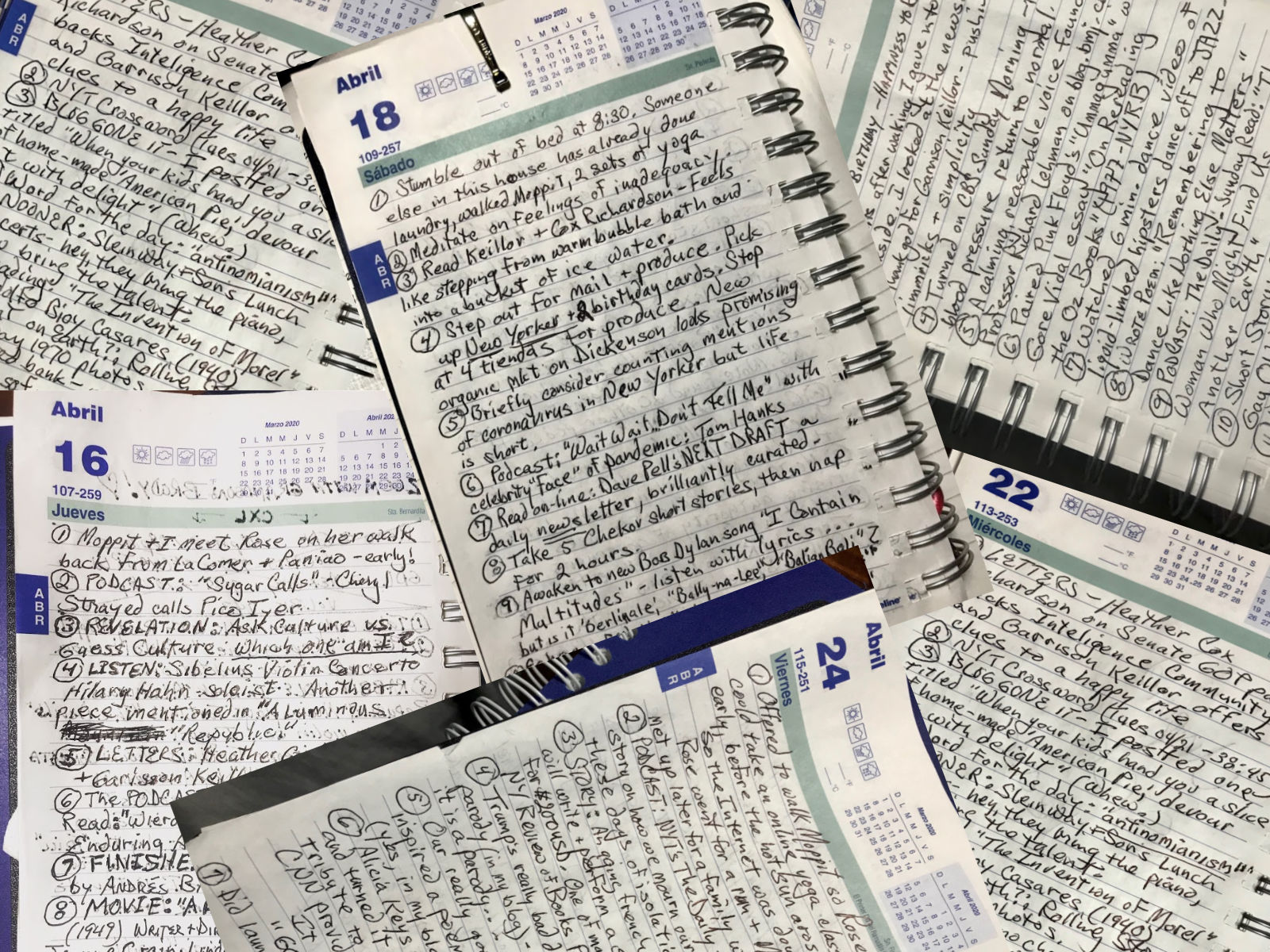 After living five years on an island off the coast of Belize and two years in the magical Mexican city San Miguel de Allende, isolation is just another change that we hadn’t planned on.

Recently while commiserating with a friend who had squirted a tube of oil point on a wall while trying to open it, it occurred to me that accidents are art waiting for vision to give them purpose.

The corollary to that is: There are no accidents in art.

So, let’s substitute the word “life” for “art.” END_OF_DOCUMENT_TOKEN_TO_BE_REPLACED

#3 MEDITATION: Bach’s Toccata and Fugue in D minor retooled for flute by Jean-Claude Veilhan and performed by Helene Schulthess inside the 800-year-old Swiss church of St. Peter in Mistail. Schulthess uses the church’s impenetrable walls and echoes to create beguiling depth for the nearly 10-minute composition.

It reminds me (only slightly, but just enough) of Paul Horn’s “Inside” (1969), A jazz flutist, Horn took his instrument and some recording equipment inside the Taj Mahal and used the building’s echoey acoustics as his backup band. END_OF_DOCUMENT_TOKEN_TO_BE_REPLACED