They came pouring down Calle Nemesio Diez from the direction of the tony Rosewood Hotel. Skeletal faces,  gloriously made up and draped in period-piece finery.

They walked slowly, awkwardly — the effect being of spirits who’d just crossed over the void and had not yet accustomed their spindly bone legs to cobblestone streets. 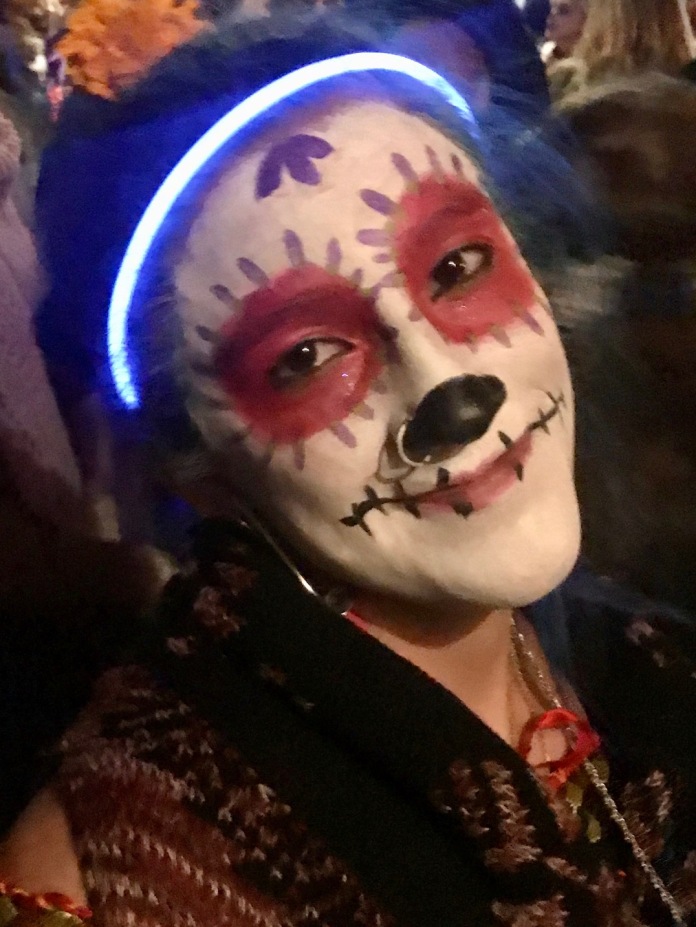 Whatever the reason, the effect worked and the costumes were given a fine showing to the hundreds gathered on the sidewalks leading up to the Jardin Principal where promenaders would pose for photographs well into the night.

This is more a celebration of artistry, and costumes, and creativity than a marking of the Day of the Dead — but it was fun to watch just the same.

Here are some more blog posts from this week about Dia de Muertos in San Miguel:

The real observation of Dia de Muertos will be in the homes where altars — altares de muertos or ofrendas — are set up to honor friends and family who have died. And in the cemeteries where families first clean and dress up the graves of their kin and then gather in their honor — sharing drink, and food, and stories, and music, and even laughter and tears.

The people of Mexico believe that as long as the memories are kept alive, the spirits of relatives and friends will always be with them.

Here is the ofrenda built by Rose Alcantara for our families and friends who have died:

The spirits in the street tonight were of the fanciful sort. Here is a collection of some of the hundreds who paraded around the city this night: 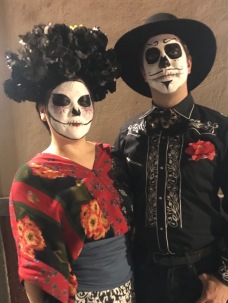 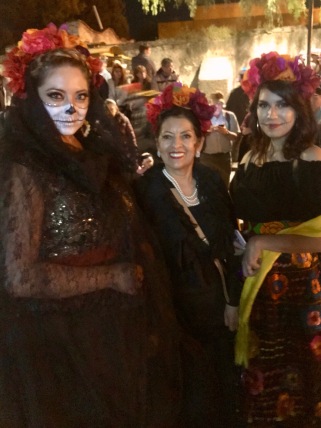 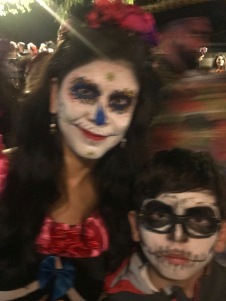 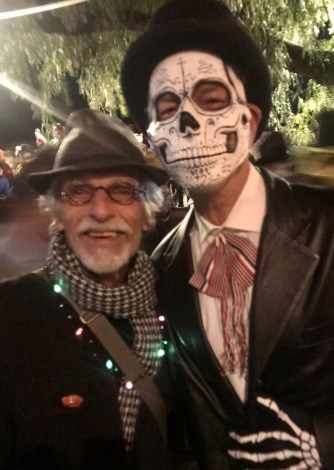 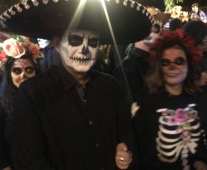 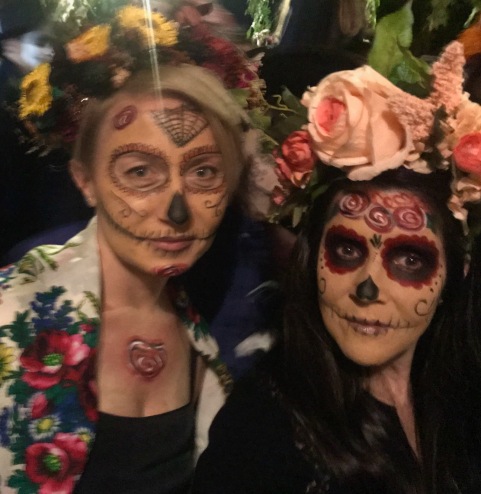 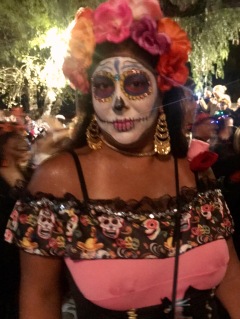 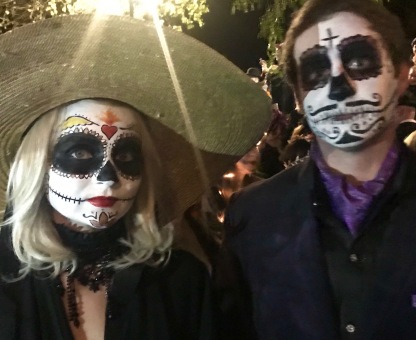 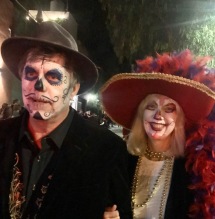 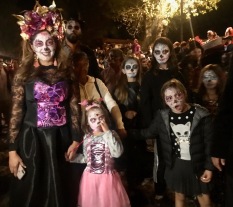 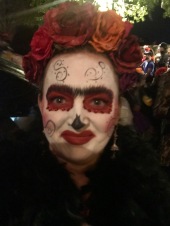 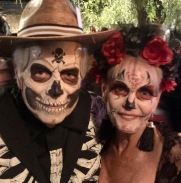 And finally, while we’re talking about figures from the Beyond and spirits in the night, there were photographs taken which no mortal can explain.

It was as if some spirits hadn’t fully crossed over that marigold covered bridge from the afterlife — or maybe they were being called back in mid-parade. 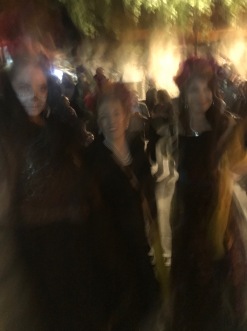 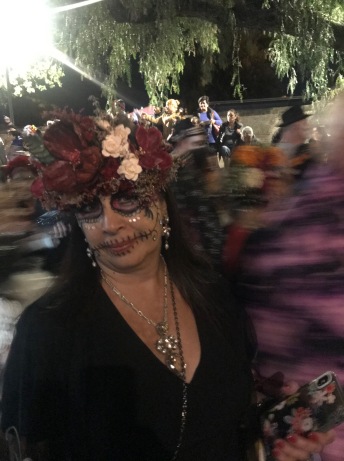 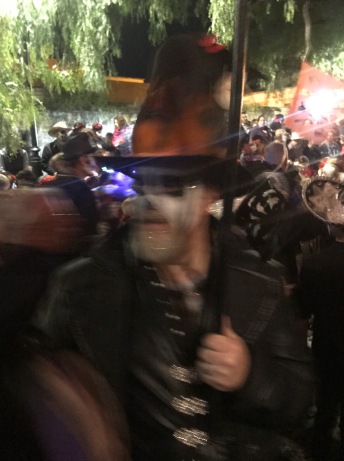