They are giant paper mache and fabric figures mounted on the shoulders of a person who twirls, whirls, bows, and bobs and weaves and dances the puppet to life. They can tower as high as 18 feet and still dazzle you with the lightness of their feet.

A really good mojiganga puppeteer will bring their character to life with a spry step, whirling arms, and surprising dance moves. Yes, the person inside the suit becomes the character.

Mojigangas began in Spain and were brought to Mexico during the conquest in the 1600s. They caught on in some parts of the country, especially Oaxaca and San Miguel de Allende. Here, they are known for their whimsical almost burlesque character.

They often accompany wedding parties around the Jardin Principal, join in at fiestas and family celebrations, and some people buy them as artful decor in their courtyards. Any day of the week there are mojigangas hanging around the Jardin, ready to pose with you for photographs (and maybe a little tip to the puppeteer).

Waiting for the parade to begin: 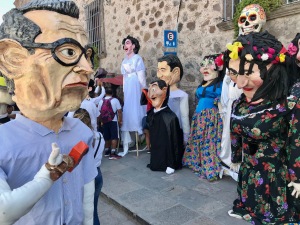 On Sunday, February 23, 2020, with the gravity of Lent bearing down on us, the community celebrated the mojigangas of San Miguel with a joyous parade that began on the Ancha and worked its way up to the Jardin Principal.

Here is a selection of images from today’s parade. Enjoy! (Click on any image to expand it!)

Mojiganga mechanic fixes a harness during the parade. 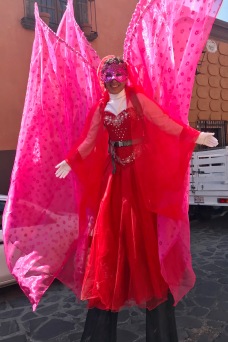 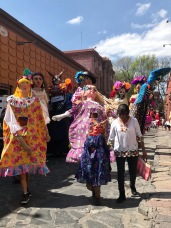 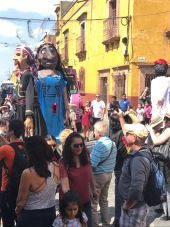 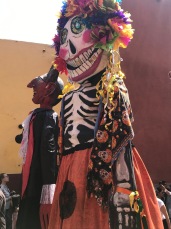 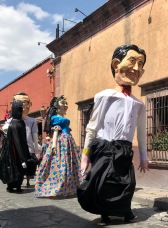 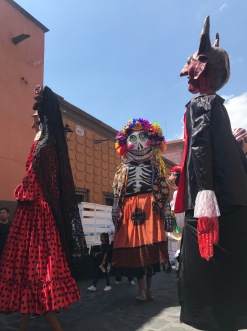 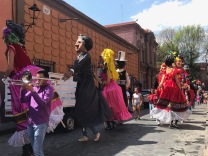 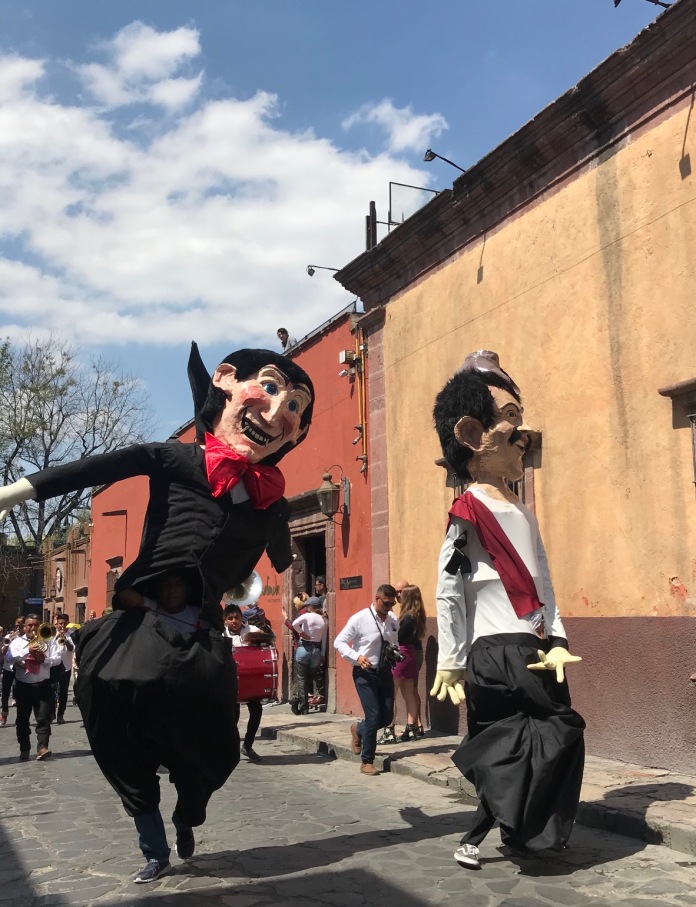 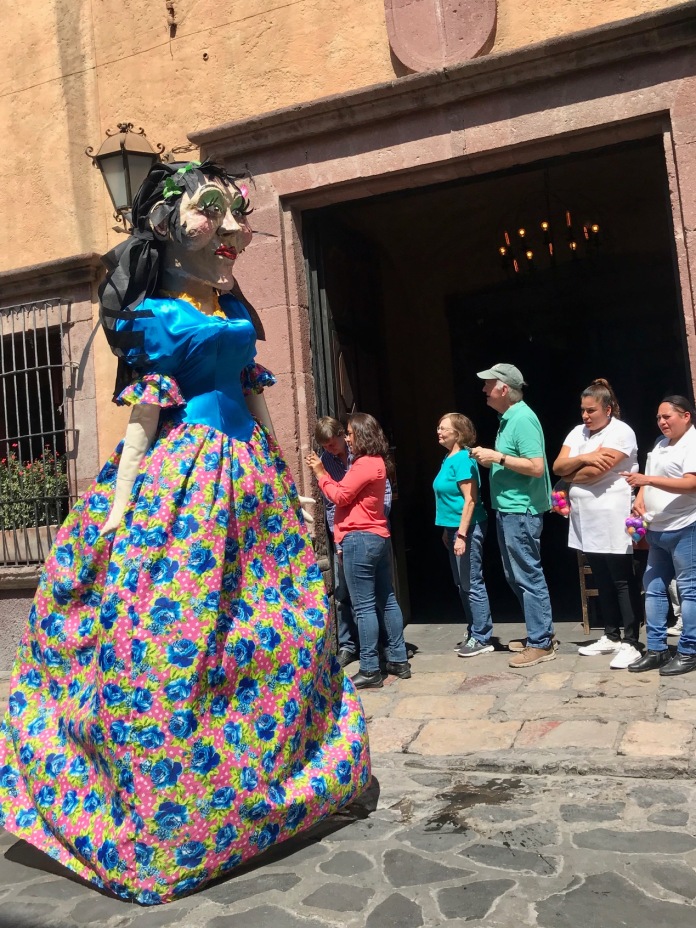 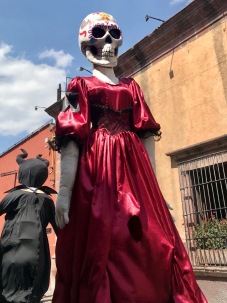 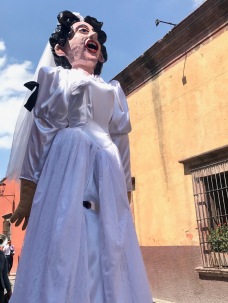 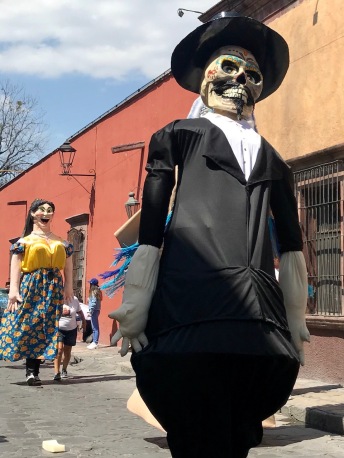 6 thoughts on “Up against the wall, Mojigangas!”