The recently concluded San Miguel Writers Conference and Literary Festival made one thing pretty clear: Playing with time and structure, in the hands of inventive authors, makes for storytelling that is both challenging and riveting.

The chronological timeline seems so passe, when you add up the considerable success of the featured keynote authors. 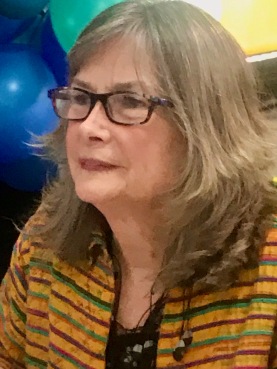 “I realized that the first 100 pages would be about a little girl (Kya) growing up alone in the swamp.” She added, “That would be deadly for the reader.”

The novel crosses several genres — a story of coming-of-age and survival, a romance, a murder mystery, a meditation on nature.

Owens decided to experiment with ‘time shifts.” Basically what she called old fashioned “cut and paste.”

The result was dynamic for the reader. The novel starts with the compelling story of Kya’s family and its disintegration, events that leave this very young girl to fend for herself in the swamp.

The narrative takes a quick leap, nearly two decades ahead to the suspicious death of Chase Andrews, the hometown hero and a real cad.

The story weaves the two timelines — coming of age and murder mystery — around each other, until the final third when the two stories merge. Owens said she tweaked the storylines until the flow felt right.

Then she went back and “planted seeds” to the outcome of the murder mystery. “I loved playing with that,” she said. There are clues hidden throughout the novel “and not just in the prose.” Owens says that the first clue is as early as page six.

Her biggest challenge was “what to reveal and when? The reader should (eventually) be able to figure it out.”

Clearly, the structural choices made by Delia Owens during the creation of the novel lead to a fast-flowing and just-challenging-enough narrative to draw in millions of readers.

Colum McCann retrieves his hat from his papier-mache likeness.

Colum McCann’s “Apeirogon” essentially shatters the narrative structure into a thousand and one little pieces. And scrubs a few other conventions along the way.

You can start with the title which is a term for a geometric shape that can have an infinite number of sides. A fitting metaphor for a story that has many many sides — all real, all true, and often conflicting.

At its heart,  “Apeirogon” is the story of two very real men, one a Palestinian and the other an Israeli. Both men lost young daughters to violence. The two bonded in grief and now work together to bring peace to the conflict that tears their two peoples apart.

McCann met often with Bassam Aramin, who is Palestinian, and Rami Elhanan, who is Israeli, but when it came to telling their stories and the story of the conflict, the writer took over.

Scenarios and conversations are imagined by McCann, although not without volumes of prior research. The information is at times disembodied as seemingly disconnected cantos pile up upon each other with vivid descriptions of violence, chaos, and grief.

The novel is broken up into 1,001 cantos — a form of division used in medieval long-form poetry. Each canto is numbered, from 1 to 500 and then, in declension, back to 1. The length and content of each canto varies, some no more than one line; others are substantial. The story begins on the most intimate level and expands outward until reaching the 500th canto. As the numbered sections decline, the story folds back inward toward the personal.

The effect has been described in reviews as kaleidoscopic and yet, both Aramin and Elhanan have read the book and accept its story as true and real but they say this is McCann’s, not theirs.

Significantly, both men will travel with McCann on his first tour for the new novel.

“Reproduction” is about as close to a science project as a multi-generational novel can become.

In the first quarter of the book, Williams tosses two characters into the mix and observes their behavior and reproductive potential. The section is written in 23 paired chapters, mimicking the 23 paired chromosomes found in each human cell.

The biological imperative is at work. ”You get to see circumstances you can’t correct or change,” the author says. “But the next generation is yours to correct.”

In the second section, the two characters did some begetting and we now confront four, covered over 16 chapters. In section three, the generations and character-count rises and the structure is reformated to 256 small chapters.

The final section is the most challenging. It is the introduction of cancer as a character with a reproducibility and a finality that may be all too familiar to readers.

“At the end of part three the book gets cancer and you see those tumors growing in the superscript and the subscript [rendered by the text flowing intermittently above, below, and along the sentence lines]. That is the final form of reproduction beyond human control. It’s complex but it should read like a good love story.” — As told to Suzanne Alyssa Andrew in Quill & Quire.

Williams acknowledges the current rise in structural experimentation among novelists and likens it to the phenomena of animals responding to earthquakes before they actually happen.

“We can feel the chaos rising in society,” he says, “and it gets reflected in our work.”

Williams says his next novel will be called “Disappointment” He calls it his mid-life crisis novel. As a prominent poet and the recent recipient of Canada’s most distinguished award for novel writing, The Geller, Williams was asked how disappointment figures into his life.

“Hey,” he responds good-naturedly, “I was up for two other awards but didn’t get them!”

If McCann applies metaphor to a geometric figure and Williams mimics reproductive nature to tell stories, Madeleine Thein finds herself inhabiting a bewildering number of time-tripping rooms in pursuit of the philosopher Spinoza.

Her’s is a book in progress but her keynote address made it clear that something wickedly inventive this way comes.

Spinoza did indeed occupy a variety of very real rooms as an itinerant lens grinder and philosopher. Thien has spent three years occupying all of them as well as the rooms constructed in her own imagination to house ancillary figures, disparate philosophies, and various concepts of the elasticity of time.

At moments, it feels like Thien is constructing a grand palace, a towering edifice, housing all of the many selves and throughs of Spinoza, as well as those he influenced, and those who inspired him. There are esoteric rooms dedicated to the lathe, telescopes (real and metaphorical), physics, time travel, gossip, and possible whole rooms dedicated to questions like, “Does light have a sound?”

How will this all come together? Not even Thien knows for certain.

“The novelist is loyal to many rooms,” she observes cryptically. And faithful to the subjects whose lives she has inhabited and observed for so long as “the burglar of their stories.”

“The room I’m most interested in is the room of the mind,” she says.

Thien’s novel conjures an image of the two feral lovers in “One Hundred Years of Solitude” who wander through the rain-soaked and abandoned Macondo, foraging from house to house and room to room. Each new room is a discovery, a haven, a place to find nourishment and an excuse to make love. 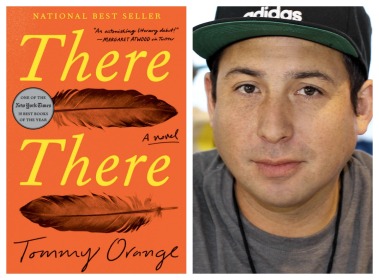 Orange’s debut novel, “There There,” has been likened to “an unfinished puzzle” in that it pretty much dispenses with the conventional beginning, middle, and end.

Uncharacteristically, the novel is preceded by a 10-page essay/prologue on the history of Native Americans that delivers a biting, funny, serious, painful overview of 500 years of oppression, genocide, identity loss, and betrayal. You need it to read it.

What follows is a novel in four sections, the first two of which introduce by vignettes the biblically proportioned 12 characters, all Native Americans in Oakland, California. What Maureen Corrigan on NPR’s Fresh Air called a “kind of chorus-line plot structure,”  and not without some admiration.

Orange has his dozen characters speak in either the first or third person — with the sole exception being Thomas Frank, who speaks in the second person.

By the third section of the novel, we learn some of the relationships among seemingly disparate characters, including some blood relations. The characters are moved purposely down the chute toward convergence — and the fourth part, a big Powwow at the Oakland-Alameda County Coliseum.

We don’t get to see how each character ends up, just as we dropped in on their lives in mid-stride but the effect is jolting and exhilarating and like a satisfying puzzle, lots of people jump back to the beginning and start over again with fresh insight.

As the Harvard Crimson said of Tommy Orange, “he clearly finds inspiration in sources outside the overwhelmingly white canon of authors taught and discussed in America.”