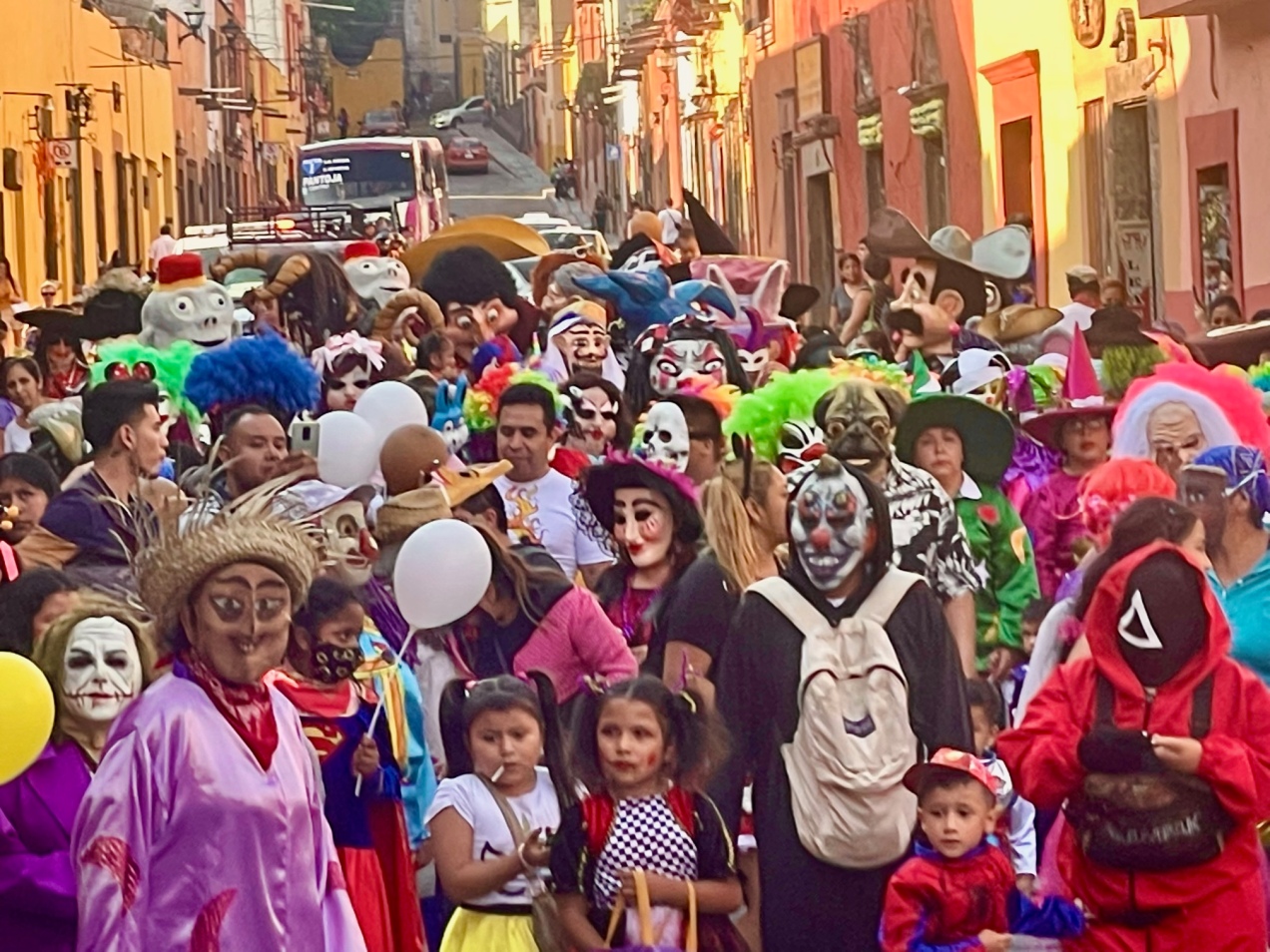 Every evening until June 19, there are different groups parading through San Miguel de Allende (shortly after 6 p.m.) and ending up at the Parroquia de San Antonio de Padua in Colonia San Antonio.

These are little parades and processions but colorful, a mix of religious and locos imagery, with fun and traditional costuming, and each night promises to be different. The photos here are from two different evenings this week.

It is all in celebration of namesake Saint Anthony, and a run-up to the giant Dia De Los Locos Parade on Sunday, June 19. (Think of these little parades as pieces of that giant puzzle — The Day of the Crazies.)

The groups seem to all parade down Zacataros, up the Ancha to Orizaba, taking a left on either Allende or the next block 20 de Enero to end at the church. The enclosed calendar has the different groups, the nights they will be parading, and the routes they will be taking.

There are food and beverage booths set up nightly at the church, too. And sometimes dance music.

Some of these photos are from an indigenous group that danced in front of the church. The other group was a great family affair, with “crazies” costumes being worn by everyone from abuelas to ninos.

Enjoy! Step out one night and experience the culture!