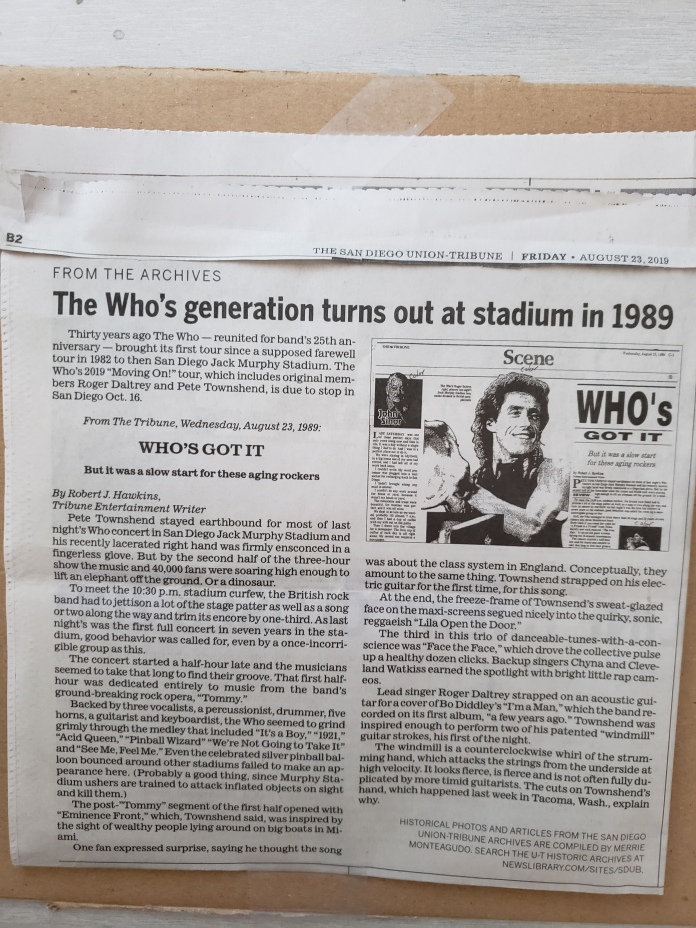 Well, that’s the way the old newspaper joke went. Something about “as long as I am in print, I’ll live on forever ….”

Then you’d get a picture of fish wrapped in old newsprint. Or newspapers lining the bottom of a canary cage. There’s some immortality for you, chump.

You’d research a story, write it on deadline, and hope to hell that it survived in the public eye for longer than one news cycle — or the shelf-life of a ripe tomato.

In the old days — pre-Internet — shelf-life was measured anecdotally.

Say you went to see a movie, and the couple sitting a row in front of you was holding a copy of your newspaper and they were reading your column. And laughing in all the right places. That felt like immortality.

Sometimes you’d bump into someone a week or so after a story ran and they would comment on it in a way they told you they’d actually read past the front-page jump. I am alive!

Or, years after you bought, oh, let’s say a kayak, you walked into that same shop to pick up a new paddle and there, laminated on the wall behind the counter, was your story about paddling across the harbor to the Concerts-by-the-Bay venue to review The Mavericks (who were very hot at the time). Little things meant a lot in those days.

When my column was syndicated nationally, I  would get tearsheet from newspapers all over the country that reprinted my words. And, may I say, I was very big in very small towns and cities that I still can not find on a map.

When Cirque du Soleil first toured the United States I wrote a review in which I expressed a strong desire to quit the biz and join the circus. (Everybody laughed but I was dead serious. It was only the second time in my life that I ever wanted to run away and join the circus.)

The next year, as Cirque launched its second tour, there was my story at the top of the photocopied clips in the press packet.

It hung in there for several years, too. No kidding, made me feel good. And how ridiculous to attach such importance to placement in a press packet.

When I jumped over to Internet news, shelf life became a matter of life and death — careerwise. Suddenly we could see instantly exactly what people were reading, how long they stayed on a story, at what point readers left it for something else. Most critically, you could see which stories just laid there and died.

That, baby, is a cold hard reality.

Newspaper people long assumed they knew what was important (a word they conflated with “popular”) and would design their pages accordingly.  Stupid shit that politicians say, struggling school systems, a deeply researched exposé on auto allowance abuse by government workers, the endless search for a new airport site, the struggles of really mediocre pro sports teams — these things were cherished for the Page One impact.

Would you want to be the one who had to tell the editor of a newspaper and her departmental minions that the single most popular, locally written, newspaper story on the website was one we referred to as the “Big-Ass Bass” story?

Hell yes, you would. Schadenfreude lives in all of us.

“Big-Ass Bass,” about a record fish caught on a local lake, is probably still among the most popular stories on the news site in San Diego.

I say “among” because “Big-Ass Bass” was dethroned by a story on airport security stupidity and abuse popularly known as “Don’t Touch My Junk.”

Guess who wrote that one …

That story quickly generated nearly 3 million page views and numerous radio talk show interviews. It served as the inspiration for at least four “Don’t touch my junk” T-shirts and as many  YouTube rap songs.

There is a sign still visible today in front of a gay stripper bar in San Francisco (“Touch our junk!”). 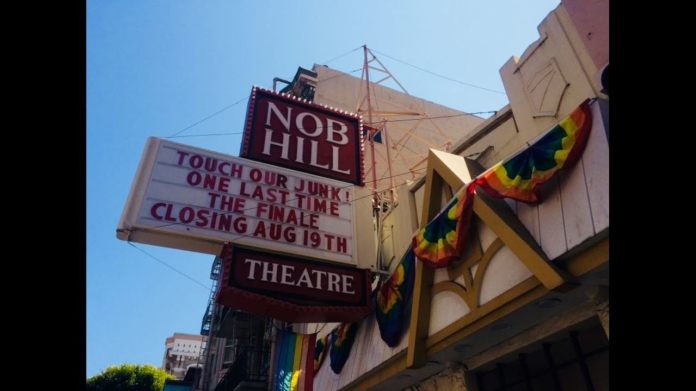 Wait. What? The bar closed a year ago and the Nob Hill Theatre is now a foot-surgery clinic?

Shortly after the story broke, I was rewarded with reduction to part-time status, loss of health benefits, and encouragement from the newspaper editor to the effect that I don’t need to let any future employer know that I was part-time when I went looking for a new job.

When I finally handed in a letter of resignation I broke his one-of-a-kind coffee mug into a dozen pieces.

It was an accident, of course.

I looked him straight in the eyes and said, “Well, someday, this will make quite a story to laugh about in the newsroom.”

Still looking for immortality, I guess.

Immortality is a short-lived thing. In the news business, anyway.

So why am I going on about all this? (Talk about burying the lead … )

The other day, my old friend and newspaper colleague Preston Turegano sent me an e-mail, titled “A story that still lives! Congrats!”

You know you’re going to open that up, right?

“Hi, Bob — I wanted to be the first on my block to tell you that your Aug. 23, 1989, Tribune review of The Who performance at San Diego Jack Murphy Stadium ran in yesterday’s U-T as the day’s ‘From the Archives’ selection.”

Preston assumed he was the last to give me the news. He was actually the first and only.

But, wow. Back in the newspaper again, after nearly a decade.

For the life of me, I couldn’t recall what I wrote about The Who that day. Preston sent me a photocopy of the reprint, as I have no access to the archives or current paper. I’ll be damned if I will ever pay to read the newspaper for which I spent 30 years writing.

The review, to say it nicely, is underwhelming.

The Who weren’t at their best and I can see now how uninspired I was to write about the show.

I had seen them a few weeks earlier in Colorado and it was like watching a whole other band called The Who. In Colorado, they were on fire, inspired. They were the band of my youth, writ large.

I see now that I slipped in the word “dinosaur” in the 1989 review.

Joke’s on me. The reason my review was dredged up from the archives? The Who is on tour again, 30 years later. When they reach San Diego this time, they will fill an arena, not a stadium.

I’m so relieved to see that my lukewarm review from 1989 did not slow down the band’s ascent to Rock n Roll immortality.

If I must ride anyone’s coattails to immortality, The Who will do.

Thanks for the archive reprint, Union-Tribune.

I still won’t pay to read you online.