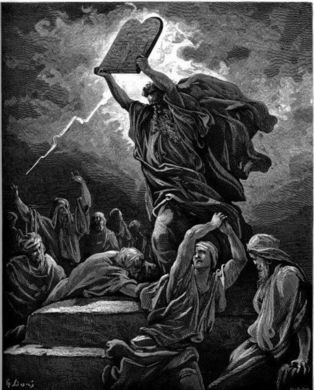 “Whoa, man. Did you hear about Moses?”

“Hear? He hasn’t been around for weeks. I thought he’s split for the coast or something.”

“No. He was up on top of some mountain. At any rate, he came down the mountain last night and totally freaked out when he saw a bunch of the younger crowd idolizing a golden calf or something.”

“Yeah, definitely a golden calf. I saw it last week. Very realistic, considering we’re stuck out here in the desert and proper tools are hard to find. Somebody did a nice job on it. The people all made caps with a slogan like ‘Make cows great again’ which I totally do not understand.

“I mean, I thought it was just a pickup site for the Millennials. You mean they were actually worshiping that orange hunk of metal?”

“That’s what I heard. And that’s definitely what Moses thought.”

“Totally. He came down the mountain carrying two, or maybe three, clay tablets. Apparently, he’d been up there writing a whole new set of rules that we are all supposed to live by. Somebody said he had at least 15 on the tablets and was considering more.”

“Great, that’s all we need is more rules. Being Jewish is already hard enough.”

“Whatever. So, Moses sees these kids dancing around the golden calf and making out and drinking tequila they made from the agave plants — and he got totally pissed.

“Moses screamed,  ‘Jesus, I leave for three weeks, and this is how you betray me?!’  But here’s the best part: Those clay tablets? He flung them like frisbees at the calf and the kids. Man, did they scatter!”

“Seriously? It’s a thing you throw and somebody else catches it. Maybe even your dog catches it. Anyhow, everybody is bored wandering around here in the desert. Frisbees relieve the tedium.”

“Really? Well, I am absolutely not a fan of either — Moses or the calf lovers. They both behaved like jackasses and it needs to stop. Isn’t there some law against destroying government property?”

“Are you insulting me?”

“No, just pointing out a fact. The cow-freaks are worshiping a false god and everyone knows that’s bad news. Moses has been busting his ass to get us to a better place. Busting his tablets was the perfect symbolic response to those low-lifes.

“But here’s the best part: Some of Moses pals tried to put the tablets back together, right? Well, you know, the clay here sucks. They could only make out ten of the 15 rules and Moses, he can’t remember the rest.”

“I guess. They think the 11th might have been ‘Don’t grab pussy, or don’t grab pharaohs,  even if you can’ — but that doesn’t sound right.” 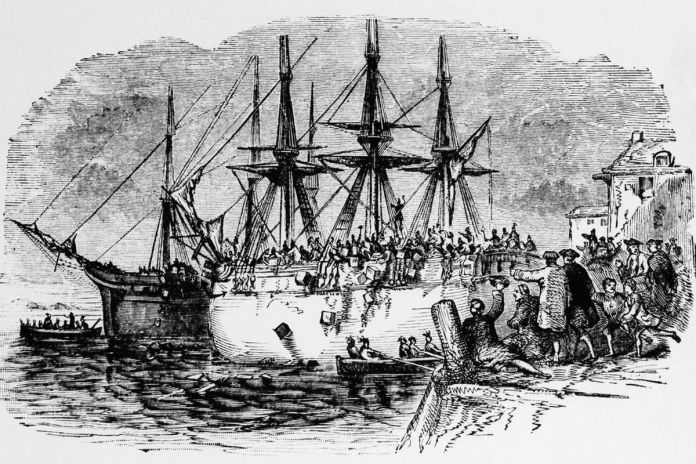 Last week some of Boston’s ruffians dressed up like Indians and committed a terrible act of vandalism in Boston Harbor.

I won’t name names but a crowd from a certain pub on the East Side was behind it all. As I understand it, they snuck aboard several ships in the harbor and ripped in half bags of newly arrived tea, pouring it into the harbor.

This happened while a mob of King George’s orange-wigged supporters marched through the town bearing tiki torches and shouting “Make taxes great again.” They obviously supported the new set of taxes on colonial goods which the king recently imposed.

Mind you, I am confused. You would think these taxes on top of the rather substantial tax break that King George gave the upper ten percent would certainly have upset these hooligans.

Well, I am absolutely not a fan of either — the tea baggers or the orange-wig lovers. They both behaved like jackasses and it needs to stop. isn’t there some kind of law against tearing up government property?

Thank you for your letter.

You have fallen into the trap of false equivalency. The Boston Tea Party made a powerful statement and sent a clear message to King George: We’re tired of your bullshit.

On the other hand, the clueless orange-wig pestilence marches against its own best interests and will rue that behavior once George’s lot are driven from this country. 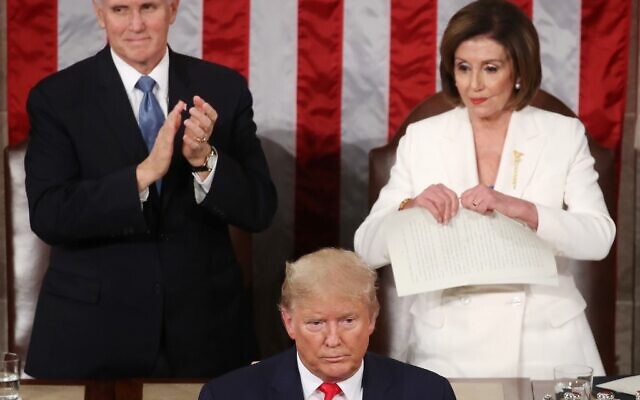 One thought on “History is on the side of Nancy Pelosi”